Globally, agriculture is one of the biggest industries, and therefore one of the largest employers; in 2018, agriculture contributed to 3.272% (Source: The World Bank ) of the global gross domestic product (GDP) and, in some developing countries, it can account for more than 25% of the (GDP).

Countries whose GDP grew tremendously due to agriculture include, China, India, the United States of America, the Republic of Indonesia, Brazil, Liberia, and Somalia. Countries whose GDP is predominantly agricultural include, Sierra Leone, Guinea-Bissau, Chad, Niger, Mali, Libera, Kenya, Sudan, Ethiopia, and Central Africa Republic. It is no wonder that the agriculture employees around 65% of adults worldwide and many are small scale farmers. 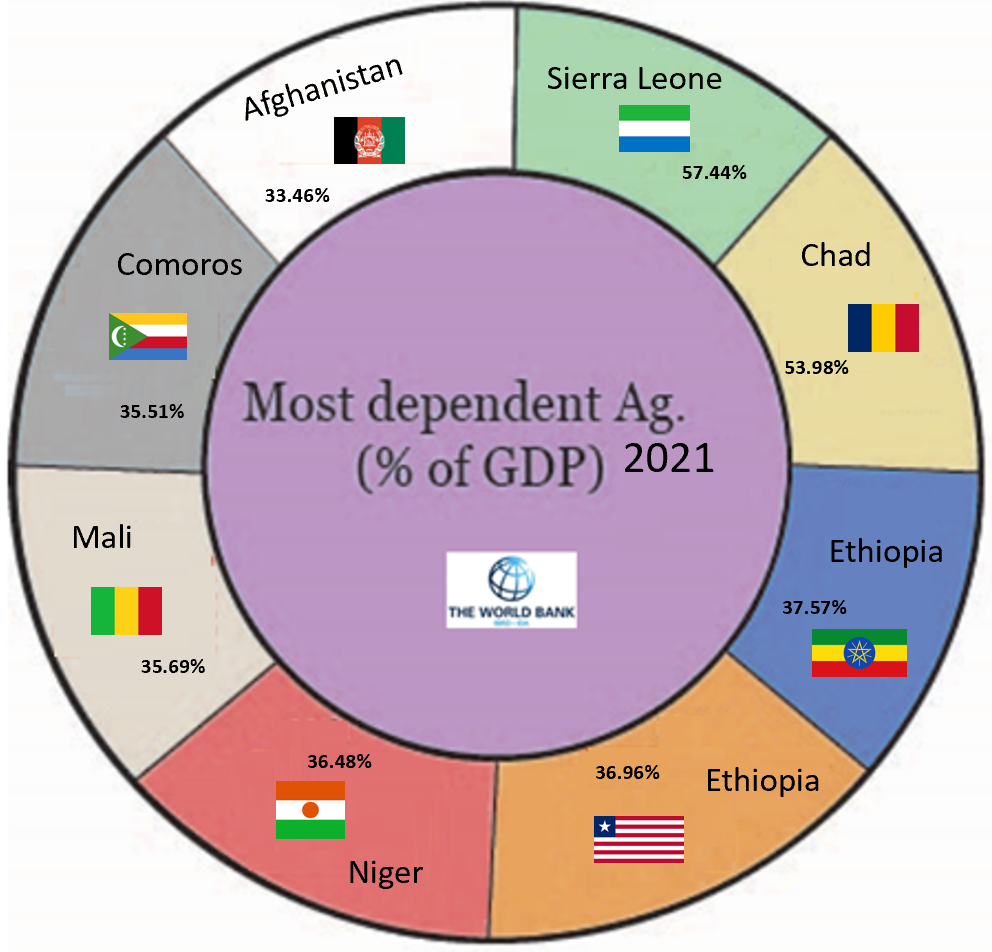 Most economically dependent on agriculture, 2018 Source: WorldInFigures and The World Bank 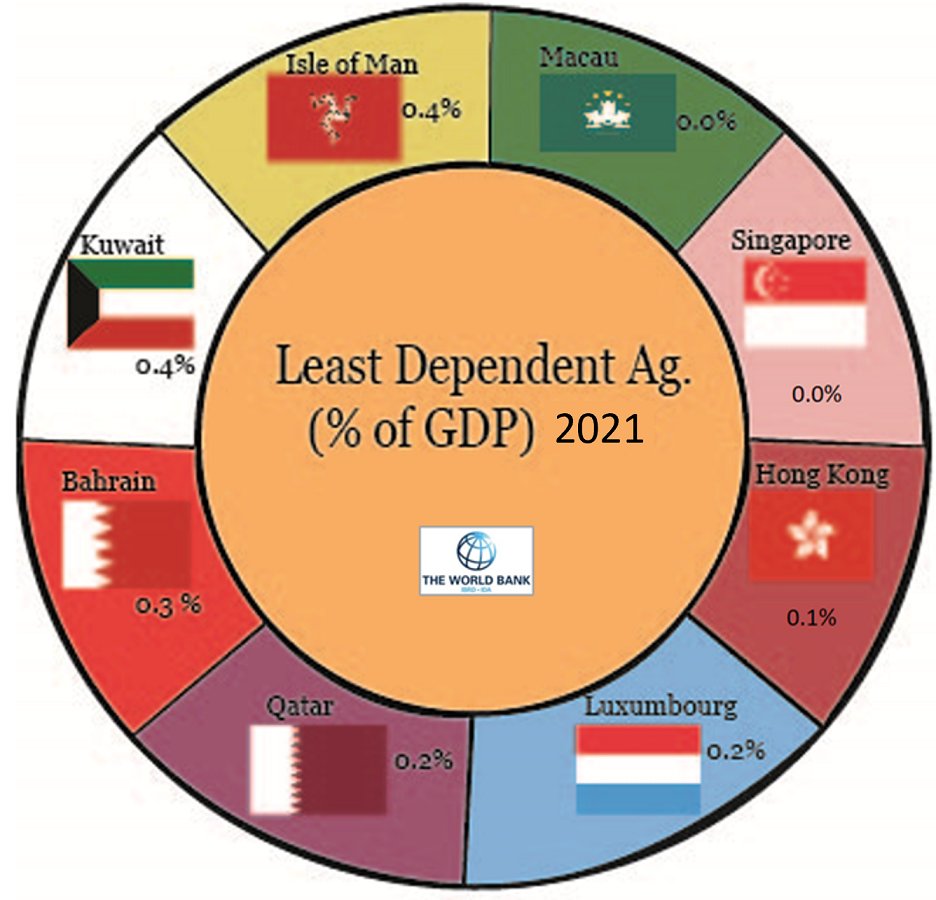 Multiplier Small farm agriculture is an economic multiplier at the gross root level and has a huge positive influence on Gross Domestic Product (GDP) both globally, and for individual countries.

Commodity Markets Forecasting commodity prices plays an important role in the decision making regarding both the planted or harvested acreage of crops, and the financial well being of small farmers.

Extreme Weather The core concept of sustainability is that lasting success requires an integrated approach to producing food and other products.

Cost Optimization Farming is an expensive process that consists of both internal and external expenses; feed, fertilizers, human labor, equipment, finance, operations, security, and transportation are some of these expenses.

Risk Modeling Agriculture is filled with uncertainties, risks, losses, and back-breaking work. Yet, the returns on agriculture -- especially for small farmers -- are miniscule or, in some cases, non-existent.

Small farm agriculture is an economic multiplier at the gross root level and has a huge positive influence on Gross Domestic Product (GDP) both globally, and for individual countries. Investing in farmers at the rural level has huge advantages that include overall economic improvement, the reduction of both poverty and economic disparity between the rural and suburban parts of a country, the eradication of social unrest, ensured food security, economic sustainability, and a happier & healthier country overall. In fact, such positive implications of small farm agriculture have been proven by history; the agricultural sector of the economy had helped our country come out of depression during 1935. Farmers clearly benefited from Roosevelt’s devaluation, according to Hausman. And because farmers were probably less likely to save their extra cash than most companies or other Americans, the overall economy recovered as well.

Recovery from the Great Depression: The Farm Channel in Spring 1933

The depression in the manufacturing industry of the country is due chiefly to the fact that agricultural products generally have been selling below the cost of production, and thereby destroyed the purchasing power in the domestic market of nearly half of all our people. We are going to restore the purchasing power of the farmer.

The Hanumayamma Analytics platform analyzes the credit given to agriculture from over 120 countries on the amount of loans provided by the private/commercial banking sector to producers in agriculture, forestry and fisheries, including household producers, cooperatives, and agro-businesses. The application of statistical techniques and econometric models enable the Hanumayamma Agriculture Analytic platform to develop contextualized recommendations to local farmers with the purpose of providing advanced insights to tackle any movements in macroeconomic conditions, while ensuring the profitability of small farmers. Commodity Models and Risk Models of the Hanumayamma agriculture platform heavily use credit to agriculture data to continuously assess global market conditions to safeguard the small farmer.

Forecasting commodity prices plays an important role in terms of decision making regarding forecasted planted/harvested acreage of crops and the financial well being of small farmers. Expected agricultural commodity prices can influence the production decisions of farmers and ranchers on a planted/harvested acreage of crops or inventory of livestock and, thus, affect the supply of agricultural commodities. 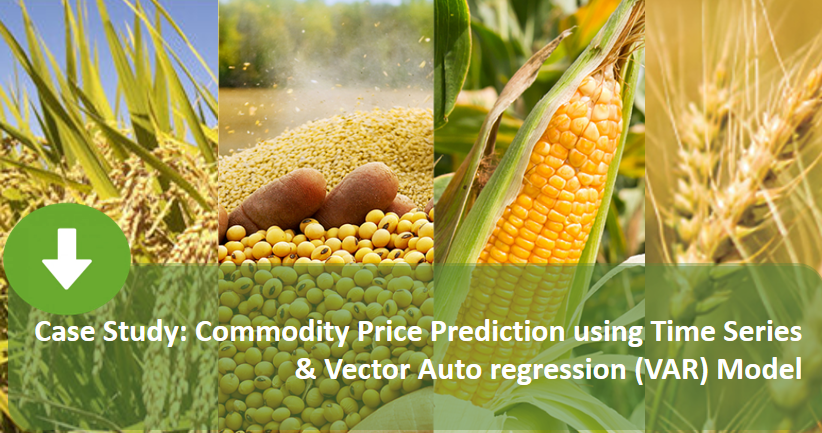 The Hanumayamma Agriculture Analytics platform analyzes movements in commodity price from data sources such as the World Bank Pink Sheet Data, The Food and Agriculture Organization (FAO) of the United Nations , The United States Department of Agriculture (USDA) , private equity markets, stock indexes, as well as various other local, state, and national commodity markets. In addition, the Hanumayamma Agriculture Analytics platform constantly computes food index inflation on local, national, and international markets to identify & determine price movements and trends. The goal of our platform is to provide prescriptive recommendations to small farmers so as to better plan farm level, micro economic activities such as the best time to buy fertilizers and crop commerce

With diverse experience in data analytics, agriculture analytics, and dairy analytics, Hanumayamma Innovations partners with private and public organizations to develop and operationalize climate change analytics to small farmers and agricultural economies to make better informed decisions and ensure agricultural sustainability. The core concept of sustainability is that lasting success requires an integrated approach to producing food and other products, farm profitability, quality of life for farmers, workers, and communities, and stewardship of natural resources. That is, sustainability requires recognizing and acting upon productivity, as well as economic, social, and environmental goals as a simultaneous set of system attributes.

The National Research Council (NRC) report, “Toward Sustainable Agricultural Systems in the 21st Century,” effectively summarized the current state of science and practice in the United States. It documented a considerable, science-based advancement in American agriculture: producing more food and fiber on the same acreage as a century ago with less labor, energy, and water per unit of output and considerably less soil erosion. 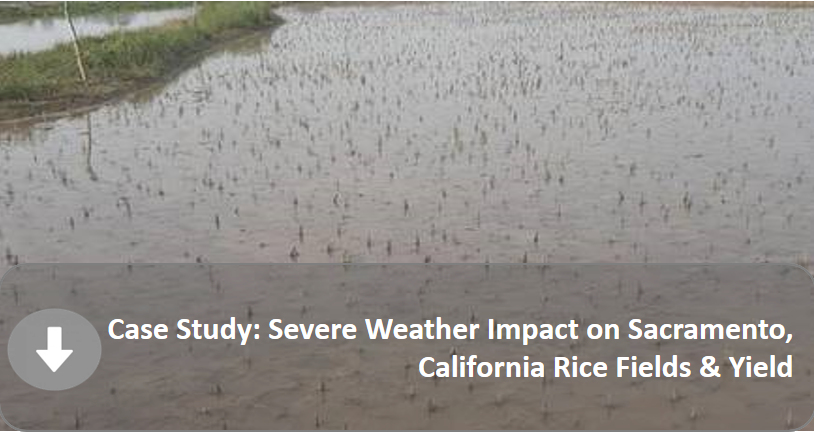 Farming is an expensive process that consists of both internal and external expenses; feed, fertilizers, human labor, equipment, finance, operations, security, and transportation are some of these expenses. Fertilizer is a significant expense for most grain farms, although its percentage as a crop expense varies across continents and countries. For example, fertilizer is the leading cause of major debt faced by small farms in India. Additionally, the cost of agricultural fertilizers has a huge influence on the overall yield and production of maize in Malawi.

Predicting the cost of fertilizer would have a multiplier effect on developing economies, and thus a live-saving impact on them as well. To elaborate, fertilizer price prediction would reduce the debt of farmers. A 2018 study conducted by the National Bank for Agriculture and Rural Development in India showed that 52.5 percent of all agricultural households were indebted, in accordance with prevailing banking rules that do not allow farmers who have running loans to borrow more credit. Hence, indebted families in need of credit often push female farmers to take loans, further perpetuating the vicious debt cycle that is now so common across the western Indian region, as well as in many developing countries where farms have plunged into cyclic debt due to the cost of fertilizers and low yield crops . Data released earlier this year showed that India had 93 million microfinance accounts, most of whom were women in self-help groups; a rise of 22 percent from the previous year. Microfinance lending rates are much lesser than those quoted by private money lenders, who thrive in these areas.

Fertilizer Price Predict Model is based on the World Bank Pink Sheet Data. Please note that the Machine Learning model developed considers the variance of Fertilizer Price depend on the demand for Commodities. For instance, more demand of Commodities for example Rice or Wheat exert pressure on production side. This indeed increases the consumption of Fertilizers. Second, on the Supply side, in order to make Fertilizer one of the important component is Crude Oil or Natural Gas (depend on the manufacture technique). By inputting both demand and supply side, we can at least provide Small Farmer on the trend of Fertilizer prices. As per the World Bank pink sheet data, the following are common Fertilizers used:

Agriculture is filled with uncertainties, risks, losses, and back-breaking work. Yet, the returns on agriculture-- especially for small farmers-- are miniscule or, in some cases, non-existent. It is not a surprise that many small farms, whether domestic (U.S.A) or international, have disappeared. There are two kinds of risks that farmers face: internal and external farm risks. Internal farm risks -- risks related to soil, fertilizers, phenological stages of a crop, and personal/family issues -- are easily controlled by farmers. External risks, however, are beyond a farmer’s control; commodity price variations, macroeconomic conditions, real-time price models’ unintended consequences, trade wars, sudden changes in people's tastes & perception of a food commodity, and global climate change are examples of such external farm risks.

Particularly, risks related to the effects of climate change & weather events on agriculture play an important role in every industry and service sector of the economy. It would be prudent to say that macroeconomic indicators and Gross Domestic Product (GDP) has weather event signatures written all-over. To elaborate, the direct impact of weather events can be witnessed in construction, retail, agriculture, oil & gas, entertainment, travel, and public health. The project cost estimation, schedule, delivery, and productivity of business-related activities of the above-mentioned industries depend on the weather. Adaptive analytics is key to understanding and planning for the impacts of weather events on agriculture.

The interplay of commodity models and weather model events coupled with the infusion of ensemble machine learning models serve as the best signal harvesters; they can predict crop yield and provide information regarding the lineage of weather events to mitigate small farmer risk. 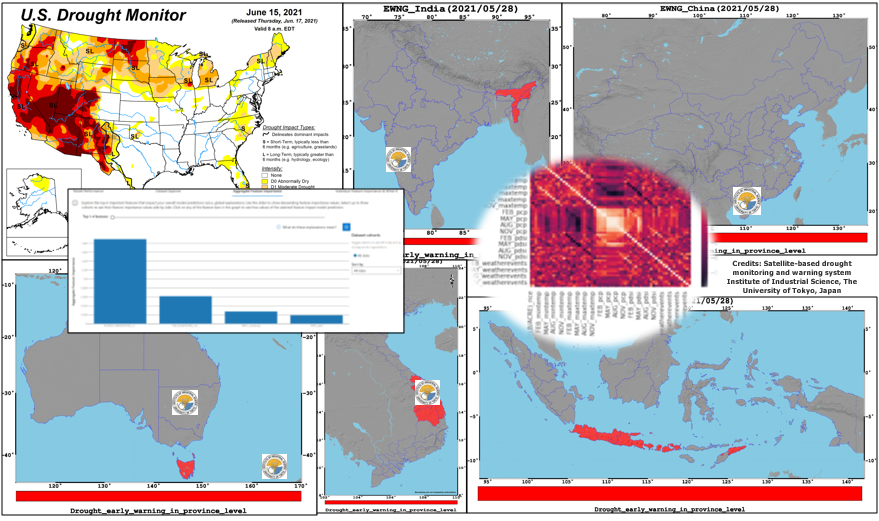 The Hanumayamma Analytics platform analyzes climate data, storm data, and weather data continuously to update agriculture risk models so as to inform small scale farmers on the effects of climate change on agriculture yields. Our goal is simple and straightforward: no farmer should be excluded from artificial intelligence augmented insights, and the information they may provide. Data and analytics is an extended, albeit, harvesting tool that every farmer across the globe should be equipped with! Period! 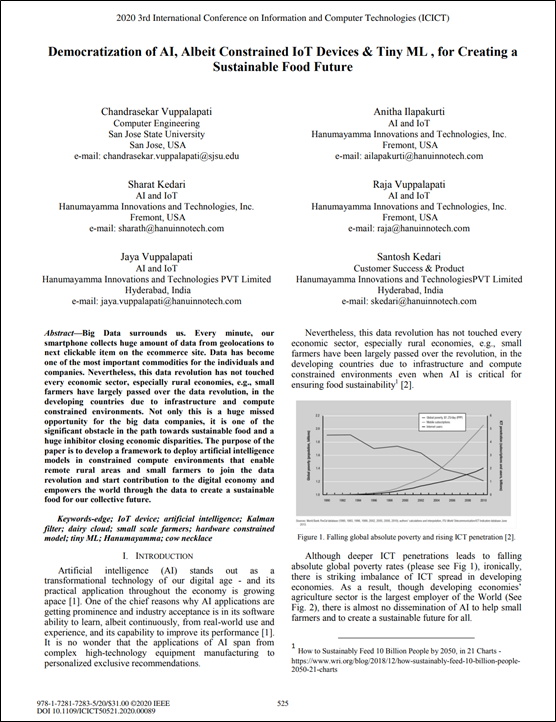 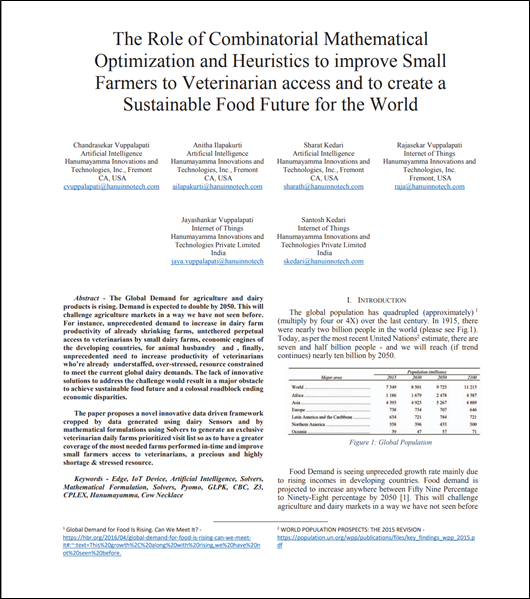